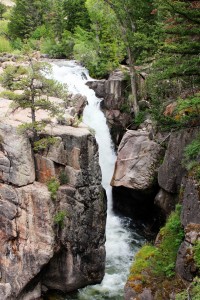 The July activity to Greybull, Montana and the tour through Shell Canyon completes two of the three scenic byway tours found in the southern reaches of our vast region.  This leaves only the 64 mile drive from Worland to Buffalo on Wyoming’s Highway 16, the Cloud Peak Skyway as the last unexplored stretch.  This final segment is just far enough from the majority in Billings, that it will need to be a future overnighter to accomplish.  Our Absaroka Region is so large, that to really get out and explore it means a lot of windshield time.  This would prove to be the same for this drive at just over 300 miles for those in Billings and a bit further for Tom Agnew from Big Timber.

It’s always exciting to have a great turn out as it makes the planning piece worthwhile.  Once again members didn’t disappoint with a nice group gathered in Billings and in Bridger for the day’s fun.

Meeting in Billings were Fred Magers and his guest Shirley Carmony, Susan Finn and her son Jordan.  Flying solo were Dan Cole, Greg Kohn, Stephanie Haider, and Graham Beckett.   In Bridger our group added Jim and Karen Grace from Red Lodge in their 993 and Tom Agnew in his Silver Cayman S.

Stephanie once again led the way in her guards red 911 cabriolet which makes it really easy to follow her.  I guess that why the police notice red cars too!  We had a short detour around Cowley, WY due to the parade for Cowley Pioneer Days.  As a tour planner, I always seem to think it takes longer to get somewhere than it actually does so our first stop was in Lovell, to stretch our legs, kill some time, and make an impromptu visit to the visitor’s center for the Big Horn National Recreation Area.

With 30 odd miles to go to Greybull we headed out for our lunch date at Lisa’s Western Cuisine.  Just before Greybull there was a curious site of numerous old airplanes.  (Since being home I have found out that is the Museum of Flight and Aerial Firefighting.)  We’ll have to remember that as something new to visit in the future.

Lisa’s Western Cuisine came highly recommended and it didn’t disappoint.  The highlight in Greybull was getting reacquainted with our past Absaroka president and longtime member Dave Veile and his wife Diana (past Secretary).  It was good to see them again as it has been too long.

After a filling and delicious lunch the Shell Falls Visitor’s Center was our next destination.  Entering Shell Canyon is beautiful.  It’s very narrow, full of lots of colors from the mountains and very twisty.  It’s also unfortunately very slow due to RVs, bikers and lots of other folks all vying for the same beautiful piece of highway on a Saturday afternoon.

The visitor’s center is your typical US government quality free attraction.  There are boardwalks and trails you can follow to get to your favorite vista of the falls and canyon. The falls tumble down the mountain, over a 120 foot drop and continue through a very narrow and deep ravine.  It’s stunningly beautiful and if you are afraid of heights, a bit nerve racking peering over the edge into the ravine below.

After enjoying our stop at Shell Falls we continued our journey up into the Big Horns.  The darkening skies provided some cooling rain showers, which also had the added benefit of forcing all the bikers to pull over to seek shelter, thus opening the road up for our little band of Porsches

At Burgess Junction, the group parted ways with some heading back to the west via 14a to Lovell and home, while others stayed on 14, dropping down the eastern slope of the Big Horns into Dayton, Wyoming and returning on the Interstate.  Once back in Montana our generous speed limits made for a quick trip home. 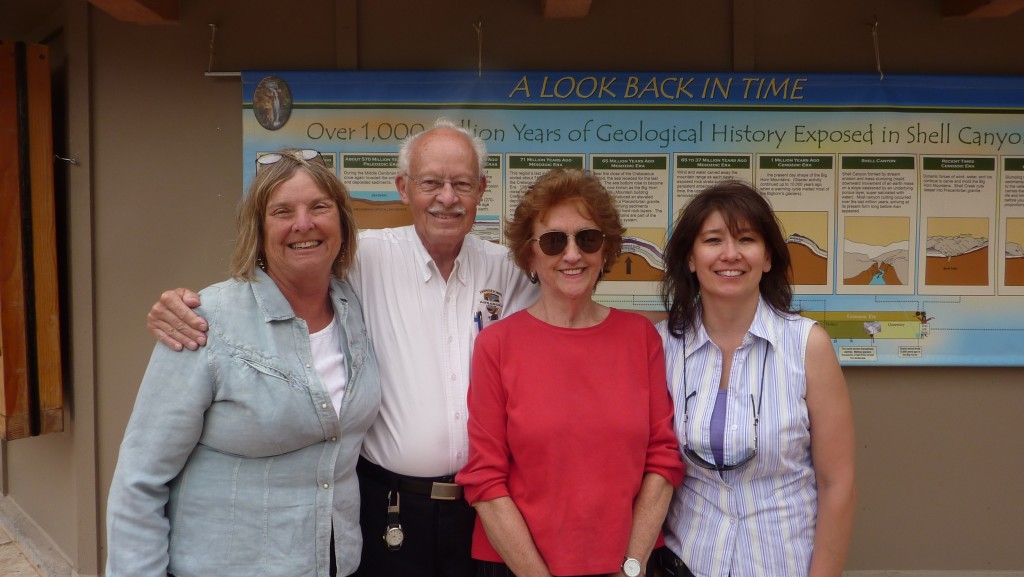 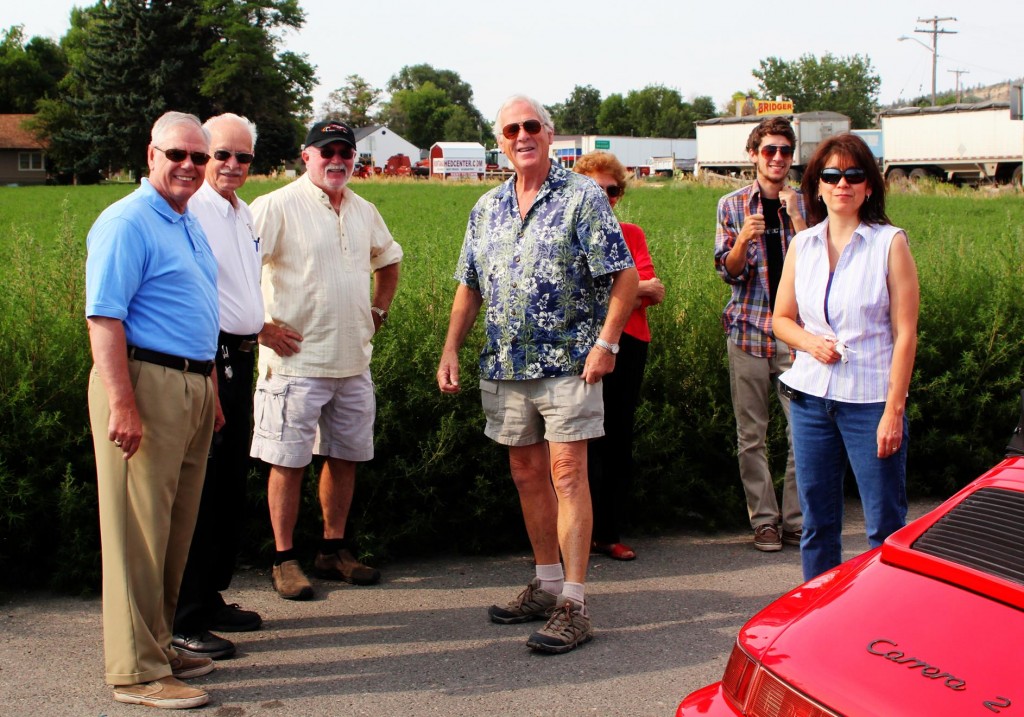