Our season ending drive to Natural Bridge Park and new member party was a fitting end to another great season in the Absaroka Region.  It was sketchy a few days earlier with an early season snowfall that was about a foot at our Big Timber destination, but as time got closer, the weather warmed, and the roads cleared.  We were off.

In Billings a group consisting of Stephanie and Daryl Haider, Susan Finn and her dad Bob, Greg and Susan Kohn, Herb Stoick, Dan Cole and Jo Pintz-Cole, Fred Magers and Drew Mitchell headed off to Big Timber under a beautiful blue Montana Sky.

Meeting us along the way in Big Timber were Jim and Karen Grace, Tom Agnew and Bill Windham.

The drive to Natural Bridge follows the Boulder River about 20 miles.  The road has nice straight sections, curves, and beautiful scenery and with our generous Montana speed limits it is a pleasure to drive.  Leading the way was Bill Windham in what proved to be the star of the day his Rosso Corsa 1986 Ferrari 328 GTS.  It was simply a beautiful site on the wide open Montana road.  I love Porsches, but a Pininfarina designed Ferrari is something special akin to rolling sculpture. While waiting at the gas station in Big Timber I counted half a dozen Big Timber residents who did double takes when seeing Bill’s car.  It’s simply that beautiful. 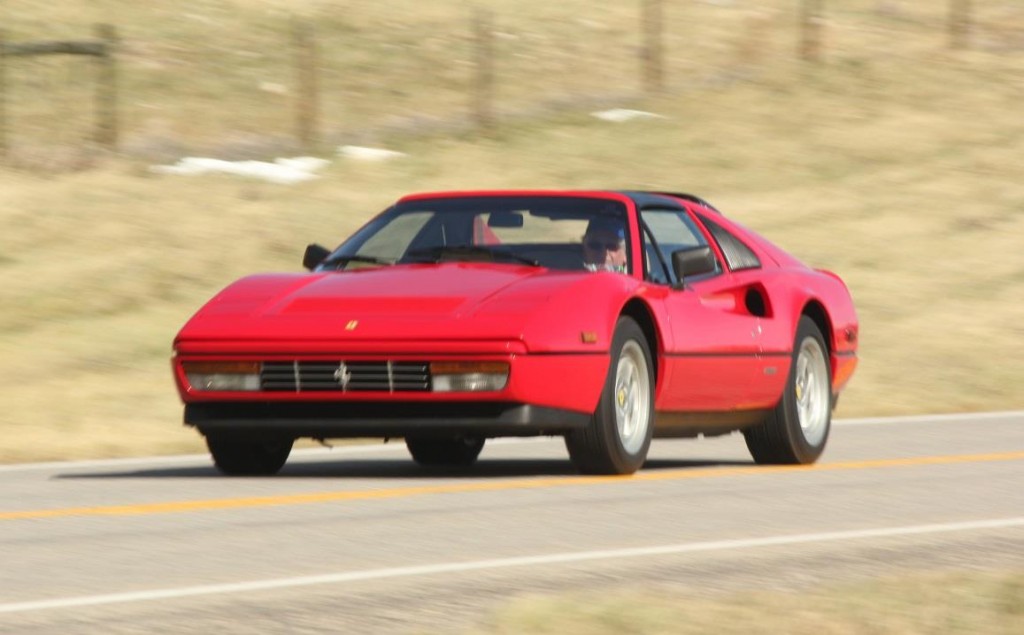 That said, there was another Italian infiltrator within our German ranks, and that was our good friend Dennis Franks’ red De Tomaso Pantera.  Penned by an American at Carrozzeria Ghia, it too is pretty special and a 1970’s motoring icon. Its big 351 Ford V8 has that distinctive American muscle car rumble.

The weather for the drive looked like November with the clear blue sky and snow covered foothills and mountains, but with temperatures in the upper 60s it didn’t feel like November.

Natural Bridge is a state park located about 20 miles south of Big Timber, Montana.  The drive follows the Boulder River through a valley of ranches as it heads towards the Mountains.  There were still remnants of the snow fall the week previous on the sides of the hills and on the trail at the park.  When we reached the parking lot we were all surprised to find it FULL of pickup with trailers for hauling ATVs.  He had forgotten about hunting season in Montana!  The mix of big 4x4s and exotic sports cars was quite the mix.  As we headed towards the fall overlooks, on visitor ahad a nice little rattlesnake hanging from a branch.  He had found it on the trail and was releasing back into the rocks.  Susan Kohn on hearing of the snake made the decision to stay put.  I didn’t tell my wife Jo, or she would have come to the same conclusion as Susan.

The drive back to Big Timber and Bill’s place was spirited and exciting.  Bill was letting folks take turns driving his Ferrari.  Jo an I had gotten a head start on the group, when I saw in my rear view mirror a quickly approaching red speck.  The speck turned into a Pantera that was slightly exceeding the posted limit.  This overtaking maneuver was quickly followed up by a controlled braking exercise as a genuine Montana cattle drive consisting of horseback riding cowboys and hundreds of black angus was just around the next turn.  The moving chicane was negotiated by all and we headed on to Bill’s place.

At Bill’s place the parking lot quickly filled with a rainbow of dusty sports cars.  The requisite photo shoot ensued to document the occasion. 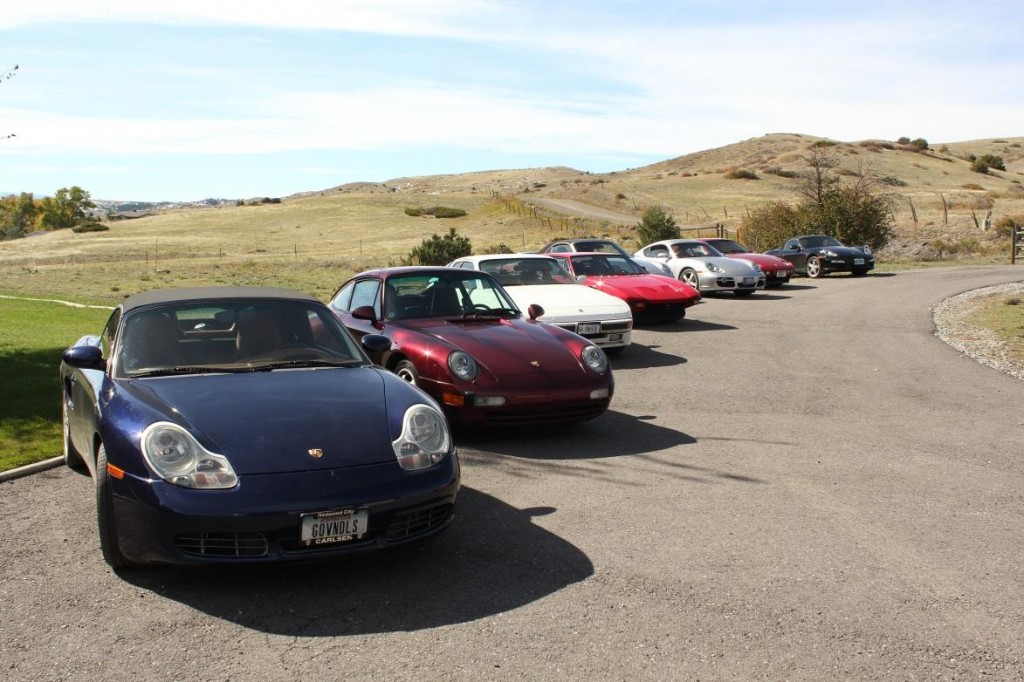 The party at Bills place was great fun.  Fred had purchased a bunch of succulent New York steaks that when combined with the variety of side dishes supplied by all made for quite a feast.  Bill played the role of grill master and was perfect at it.

After lunch we held a quick membership meeting.  Greg Kohn presented the idea and offer from Mercedes Benz of Billings to hold the next All Euro Car Show at their dealership on King.  This sounded like a great idea at the time, but later as everyone really had a chance to ponder it the feeling is to keep our car show separate and at Veterans Park.  Participating in another show at the Mercedes dealership certainly is a great idea that everyone supported.  The upcoming elections was also a topic with everyone encourage to get out the vote to current secretary Susan Finn.  Fred gave a rundown on the status of the treasury which currently has $3900 odd dollars.

On the way home Dennis was putting fuel in the Pantera.  A Montana Highway Patrol pulled up next to him at the Sinclair Station.  The female officer got out, walked his way and asked if he had been up the Boulder today.  He said he had and then she asked if he knew the speed limit.  Dennis replied he thought it was about 55 or 60.  She said “Yes you are correct, most people think it is 75, but since it is near a lot of driveways the speed is in fact 60.”  She then said she had received several reports of a red Ferrari passing people at high speed on the double yellow lines.  Dennis said that there were several of us but that he had not passed anyone on the double yellow line.  He also stated he was in a burgundy Porsche at the time, sort of behaving himself.  Dennis then began to feel as though she was flirting with him, complementing him on the red car and asking about his engine.  About this time Becky came back to the car from the store.  The officer turned away and said, tell your car buddies that the speed limit is 60mph.  She was very nice about it, but Dennis knew in his head that the red Ferrari was likely another red Italian car on hand that someone else was driving at the time.

A few days later Dennis told me he was talking to a local contractor about some work and mentioned that he took a drive in the Pantera up the Boulder the past weekend and he looked at him and said  “oh, you were part of that group.  Did you know that you made the local paper regarding some of the speeds that were estimated?”  I said I don’t think any of us were going that fast, but the Big Timber HP had pulled over the BMW a few days prior for doing 155.

So, with my president hat on, I guess we should all be a bit conscientious in the future.  In four years we have only had one ticket that I am aware of and that was the trumped up seatbelt charge by Lovell, Wyoming’s version of Barney Fife.  Anyway, we may need to take a different route next year.

All that said it was a wonderful day, lunch and camaraderie the group headed off to our various destinations.  Thank you, Bill for again hosting us.  It’s always a bit hit as an event and your hospitality is very much appreciated.

I mentioned this was a new member party.  Unfortunately, there weren’t any new members that came out for the festivities. C’est la vie. 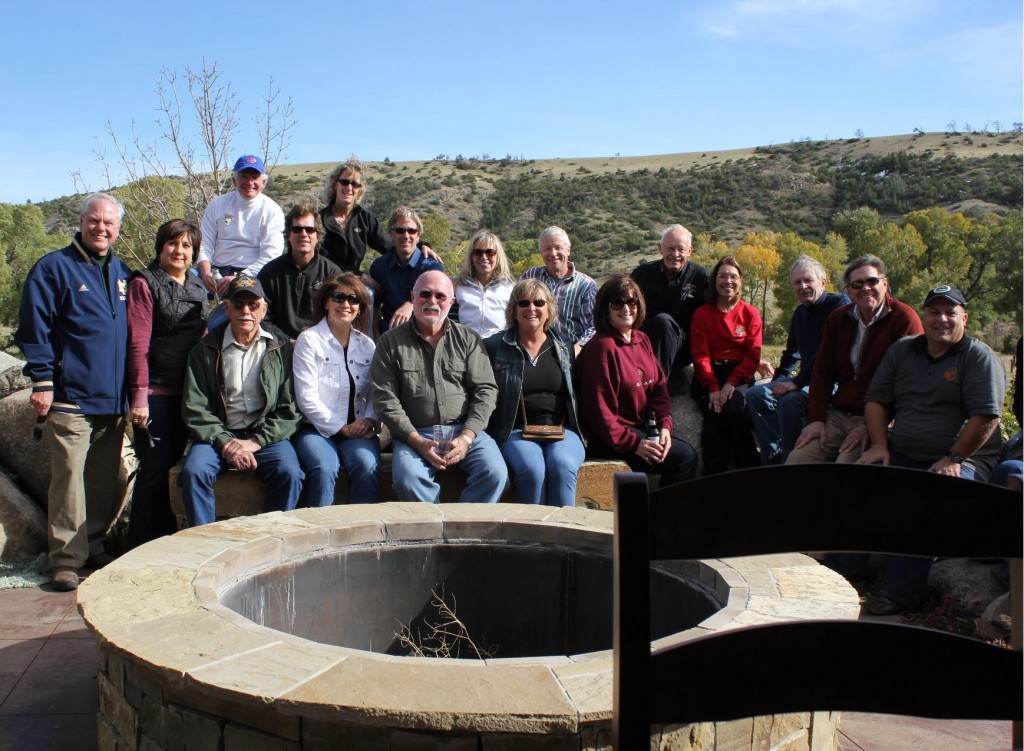