THE FERRY PORSCHE TROPHY – PCA REGION OF THE YEAR 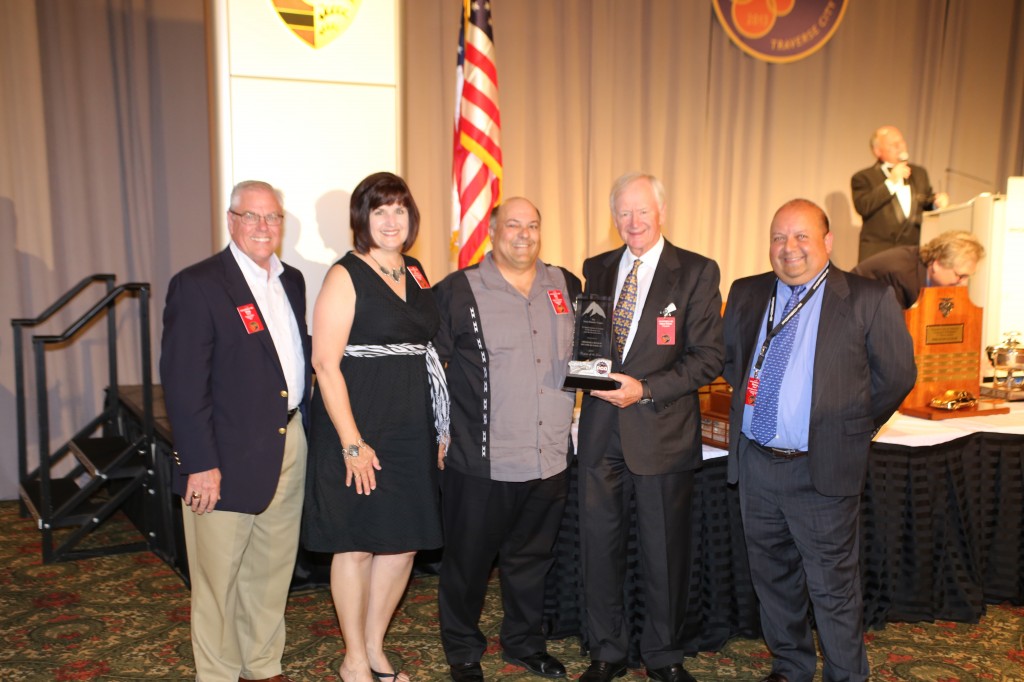 The Absaroka Region has received several national awards for the Absaroka Arrow newsletter for our region size.

The Absaroka Region is the proud host of the All Euro Car Show (AECS).  Each year the Absaroka Region holds the AECS on the beautiful campus of Rocky Mountain College in Billings, Montana.  The AECS started a decade ago as a low keyed Show and Shine event.  It then transitioned to an All German Car Show and five years ago into its current format.  The show is not a concourse d ‘elegance, but rather an informal way to assemble the fine cars of Europe in one spot for the public to enjoy and for their owners to be able to gather with those that share their passion.  The show has seen great marques like a Hispano Suiza, several Lamborghinis, Ferraris, Aston Martins, a rare Lancia, a classic Jaguar XK120 and of course our favorite marque Porsches.

The primary objectives of the AECS are twofold; one to serve as our region’s signature annual event and membership drive and secondly, to serve as our region’s charity fund raiser to support educational charities within our local community.  The event is planned over the course of the year and is lead by an event chair, and past chair and a very small committee to help with distributing posters, preparing newspaper announcements and arranging TV spots.

For 2012 we committed to donate all the proceeds from the AECS to three designated charities that were selected by the membership.  These 2012 charities were the Billings Honor Flight, a local civic project to send Montana World war II veterans to Washington DC to see the WWII Memorial; Bench Elementary School, a Billings grade school where the students are typically below the poverty line and in need of basic learning supplies; Montana State University College of Technology, where the Absaroka Region has established a scholarship to assist a student or students who are pursuing a career in automotive technology; and Rocky Mountain College’s Scholarship Fund for use of their beautiful campus for our event.