The Absaroka Region is named after the Absaroka Range, a sub-range of the Rocky Mountains. The range stretches across the Montana-Wyoming border, forming the eastern boundary of Yellowstone National Park and the western side of the Bighorn Basin. The range borders the Beartooth Mountains to the north and the Wind River Range to the south.  The range is named after the Crow Indians called the Apsáalooke in their native language, or “children of the large-beaked bird.”

The region is home to one of the most beautiful driving roads in the US Highway 212 from Billings, Montana to Yellowstone National Park which climbs over Beartooth Pass, elevation 10,947 ft in the Beartooth Mountains before winding through the Absarokas to the northeast entrance to the park. It is only open during the summer.

In 1975, Billings resident and Porsche owner Bob Jam Jr was approached by fellow Billings Porsche enthusiast Tom Hines to see if he was interested in joining a newly formed Porsche club. 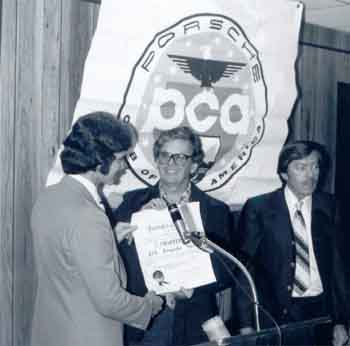 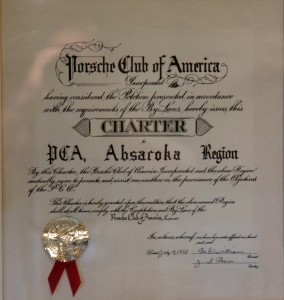 The first meeting of the new club was a drive over the Beartooth Highway to Yellowstone National Park.  The group met at the Rock Creek Campground.  The newly formed PCA region was our neighboring region Big Sky.  A few years later, local members got together to form a more local club and thus the Porsche Club of America Absaroka Region was born in Billings, Montana in 1978.   The region’s charter has July 15, 1978 as the region’s official “Birthday”.  The Absaroka region covers 27 counties of Montana and 9 counties of northern Wyoming, representing an area of over 100,000 square miles.  In square miles the Absaroka region is one of the largest in all of PCA.

Bob Jam Jr became the first president of the newest PCA region.  DJ Volkswagen, Porsche +Audi, then located at 3823 Montana Avenue in Billings was the official club home.  The Region had a club bulletin board onsite to help keep members informed of activities.  DJ Volkswagen was half owned by Absaroka charter member Dave McNally who had retired in 1975 from the Baltimore Orioles baseball club and moved home to Billings.  Dave was a key figure in the beginning of the free agent age in baseball.

Dr. HC Kayser was elected president for the 1979 year.  In May, he and his wife moved to Richland, Washington and the presidency passed to Vice President Doug Jenkins.

From the December 1978 Absaroka Arrow, the region boasted 29 members.

In April of 1982 a contest was announced to design a new logo for the region since one was lacking.  Inputs were solicited and in May the sketch submitted by Bill Witcher was declared the winner.  The winning design was then sent to a committee to select the colors.  Once the colors were decided upon, the finished logo was placed on 100 new car badges and sold for a price of $12.00, some of these badges are still seen on members Porsche to this day. 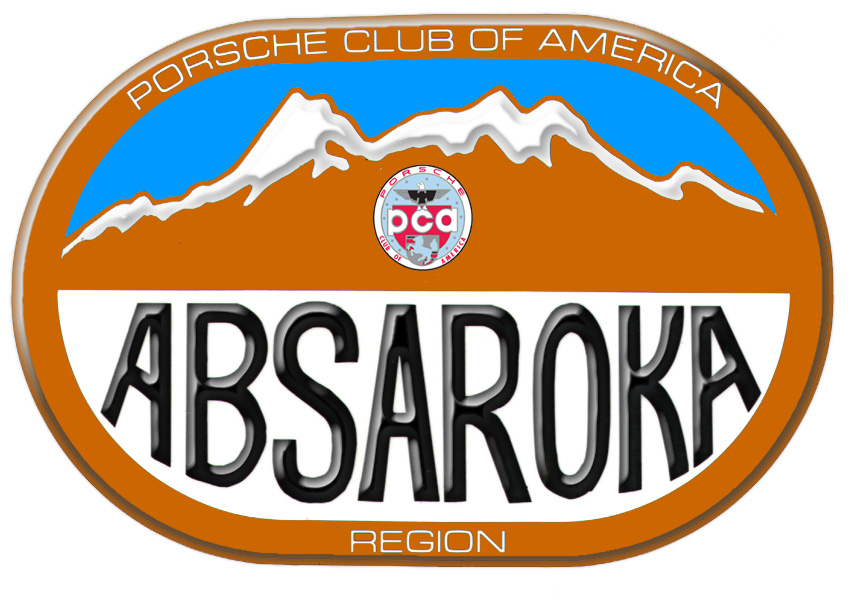 The original logo of the Absaroka Region designed by member Bill Witcher in April of 1982.

In 1986 the new region hosted a meeting of the PCA National Executive Council in Billing, this was a big step in recognition of the relatively new region. 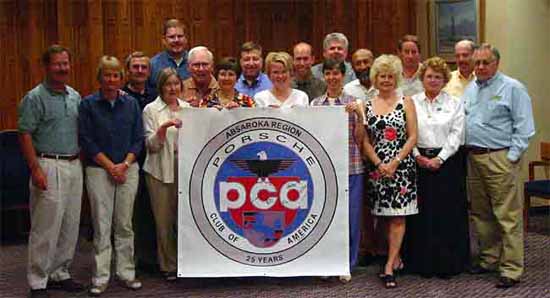 In the 35 years since granting of its charter the Absaroka Region has thrived given its challenges of a vast geography and rural population.  Each year the region has participated in a variety of events from the original “Mai Tag”, a spring driving tour taking place each year in May, multiple Porsche Parades, “Run for the Hills” with the Dakotas Region, and our standby tours of the “most beautiful drive in America” the Beartooth Highway, Yellowstone National Park and the Big Horn Mountains continue to be enjoyed by new members and seasoned veterans.

A major change has been the establishment of a speed limit in Montana which was previously wide open and unlimited.

In 2010 the region decided to give the Region’s logo a facelift.  The new Absaroka logo was designed by Eric Finstad and maintains the link to Pilot and Index peaks in the original logo and adds the crest shape of the Porsche logo.  The original Absaroka logo is still near and dear and is the link to our past, the new logo is our move towards the future. 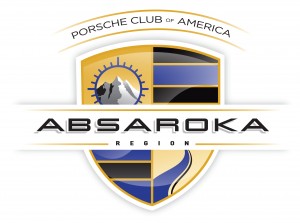