The Baked Potato Bar has become a nice casual get together.  In addition to our hosts, enjoying the evening were Bob and Christine Rosenbaum, Greg and Susan Kohn, Dan Cole and Jo Pintz-Cole, Bill Windham, Fred Magers and his daughter Sabrina, Susan Finn, and Stephanie and Daryl Haider.

For the boys, Graham provided a tour of his garage/man cave that held his beautiful white 1965 365, which is undergoing some repair work, his red 1974 911 Targa and his blue 993 coupe.  It then dawned on me these are the colors of Graham’s home Union Jack!

I also learned a piece of interesting trivia while in Graham’s garage.

Which famous former racing driver has driven/raced in Graham’s 356?

3. Ex Ferrari driver and winner of both the 1961 GP of Netherlands and GP of Great Britain Wolfgang Reichgraf Berghe von Tripps

4. Ex Porsche driver and winner of the 1970 & 1971 World Champion of Makes Pedro Rodriguez

Back inside the group enjoyed nice conversation about myriads of topics.  Tasty beverages were served and then the potato bar opened.  Susan had prepared some beautiful Idaho bakers that once covered with the chili and cheese, chicken fajitas, sour cream, bacon and butter made for a hearty and delicious meal.

Thank you again to our hosts, and to all those members who were able to make it to the party. 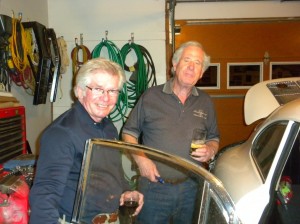 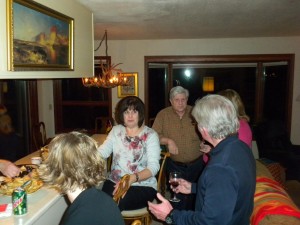 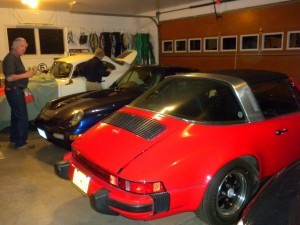 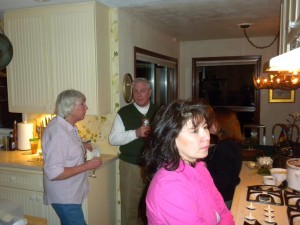